Trending Now
HOW TO REACH TOP IN FASHION INDUSTRY
How to Pursue a Career as a Beauty...
Will Work From Home Become The New Normal?
How To Save Your Business In Covid19 Lockdown?
Bringing sustainability in opportunities for businesses and professionals...
The Office Pass – Providing neighborhood coworking space...
Startup Competition – Sevenventure startup competition offers an...
Collision from home – Join this event at...
Submit Solutions to combat Covid19 – Startup India...
ThePodium.in – Bridging the gap between aspiring entrepreneurs...
Editor's PicksFeaturedLatestOpportunitiesTrending Stories

Will Work From Home Become The New Normal?

According to a recent publication by the University of Chicago, the number of people who can work from home is rising significantly. In the first week of April, more than half of Americans who had previously commuted to work were working at home because of coronavirus, according to the U.S. Department of Health and Human Services. Despite the growing “work from home” trend, even though people can and do work from home at least half the time, the time they work outside the home remains in the single digits.

As COVID-19 continues to spread, remote work is both an experiment and a prerequisite for many nations. As technology and corporate cultures increasingly accommodate the trend of working from home, it is gaining momentum.

This represents a whole new way of thinking and working and can be a difficult adaptation for both workers and employers, “says Dr. Michael D’Agostino, CEO of the National Association of Remote Workers. NASDAQ: CTXS) shows that the majority of workers around the world are adapting to work from home and believe that this will be the way work is done.

Over the next decade or so, more workers are expected to work from home, a few days a week, instead of an entirely remote workforce. It may be that employers prefer their employees to work from the company office, but that is not necessarily because of the cost. This is what Stanford researchers discovered when they offered employees of a Chinese travel agency the opportunity to work from home four days a week. Maybe they want the freedom to choose where and when they work every day, when and for how long.

The results showed that remote workers were more satisfied with their work than those who worked from an office. At the end of the study, about half of them said they did not want to return to the office because they were lonely.

A similar outcome occurred when Timehop, a digital photo album company, closed its offices for two weeks, encouraging its employees to work remotely, ideally somewhere near where they live. The adoption of 19 operational continuity measures, including working from home, will usher in a new normal. In addition, companies will fill critical positions with remote employees who telework in ways they previously thought impossible.

Higher migration of people to work from home will correct the economy downward, but the new normal will also work in favor of workers who practice social detachment. For those who have lost their job has an opportunity to work from home as a freelancer.

Although many people maintain to be productive while working from home, and Shalu Gupta, who is an active freelancer of Get a Service, has done so repeatedly for several years, she added, it is not effective for everyone. They need to plan their schedules & have to be strict if working from home.

Indeed, a new study (INC/Airtasker) shows that one in four workers quit their jobs because of long commutes. People no longer want to deal with the frustration of driving to work, and many job seekers now rely on the flexibility of long-distance work to avoid the inconvenience. Working from the comfort of your own home seems like a dream come true, but something that was once an asset is now becoming an expectation. 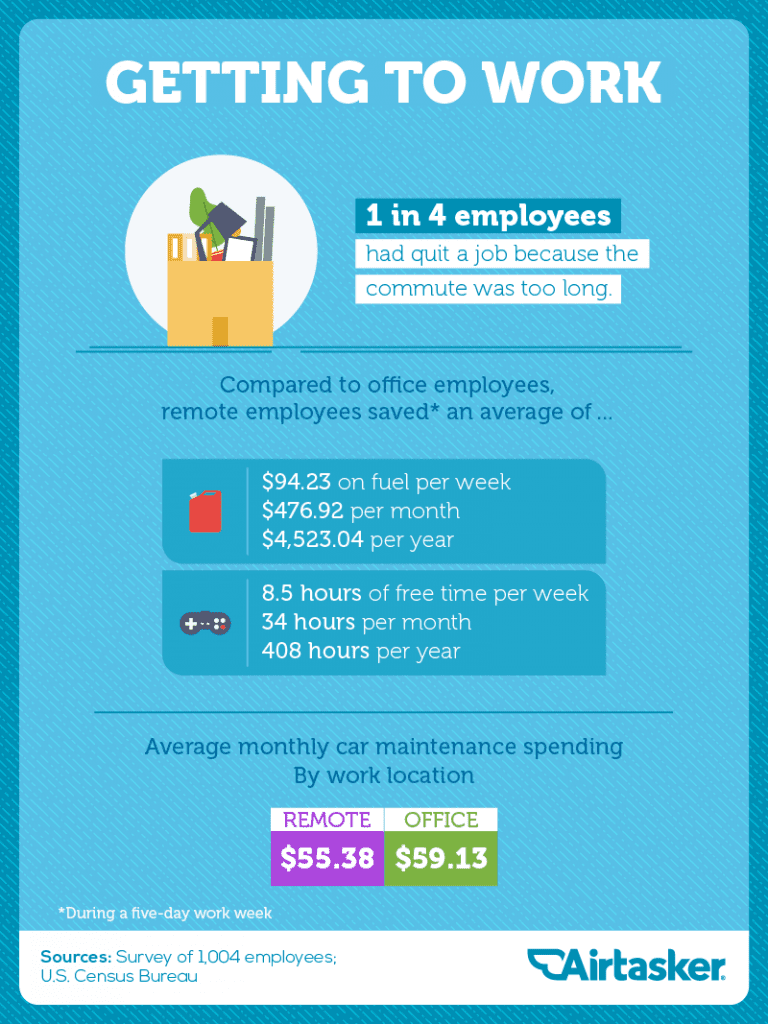 Ever since this trend is growing up, freelancing opportunities are also increasing gradually. Companies are loving hiring freelancers rather than hiring a fulltime work from home employee.

This year, only 32 percent of employees spend all their time at work in their offices, according to a recent survey by Staples. However, flexibility and remote working are the new normal for office workers: 43 percent of employees say it is a “must-have” for them. However, there is a discrepancy between what workers expect and what employers provide – with only 38% of employers explicitly offering distance work benefits. That’s 50 percent less than in 2010, according to the survey.

While the office is still the home base, working remotely from a “nice to have” becomes an essential part of the workplace, affecting everything from talent recruitment to productivity.

Some employees need access to systems that exist only on company premises, while others gain valuable satisfaction and fulfillment from the convenience of their home office or the comfort of a remote office environment. Many employees lost their job due to this global recession, whereas many have not sufficient work to work from home. In this situation, there is a rise in demand for freelancing culture, which can be done remotely. Professionals are looking for platforms like Fiverr, Get a Service & Freelancer to get projects for their skillset.

Companies that adopted the cloud early will find that some of their systems are already not tied to their physical offices, while others, especially more established companies, are likely to rely primarily on tools that are deployed on – in their own data centers. Similarly, companies that allow a certain amount of remote work will find themselves in a different position from those that do not. Many of them are using platforms like Fiverr, Get a Service & Freelancer to hire remote workers for their projects to be done.

With all discussed reasons & many variations in conditions, it’s anticipated to be a shift in the mindset of working-class & companies. At the moment, work from home & freelancing culture is trending around the globe. We suggest you all stay home, stay safe, but don’t sit idle, explore remote opportunities, which is undoubtedly a loud call of the time.

How to Pursue a Career as a Beauty Therapist?

HOW TO REACH TOP IN FASHION INDUSTRY

How to Pursue a Career as a Beauty...

Bringing sustainability in opportunities for businesses and professionals...

Collision from home – Join this event at...